VICE and Intel’s partnership, The Creators Project, celebrates visionary artists across multiple disciplines who are using technology in innovative ways to push the boundaries of creative expression.

We are proud to announce that Make Productions very own Joe Fellows is the subject of The Creators Project latest film and is currently featured on their homepage. The interview and tutorial is part of an ongoing photo series currently running and has previously featured artists such as Yorgo Alexopoulos, who pioneered the 2.5D effect in the motion picture documentary The Kid Stays in The Picture.

The Creators Project film also features new parallax animations from a personal project Joe is working on. These previously unseen animations are created from his families photo archive going back many generations.

The final animation from the creators project film

Its been an absolute pleasure working with The Creators Project team and the film is already getting lots of positive response across social media. We hope budding effects artists can gain something from Joe’s simple tutorial featured in the film. Click here to see the article. 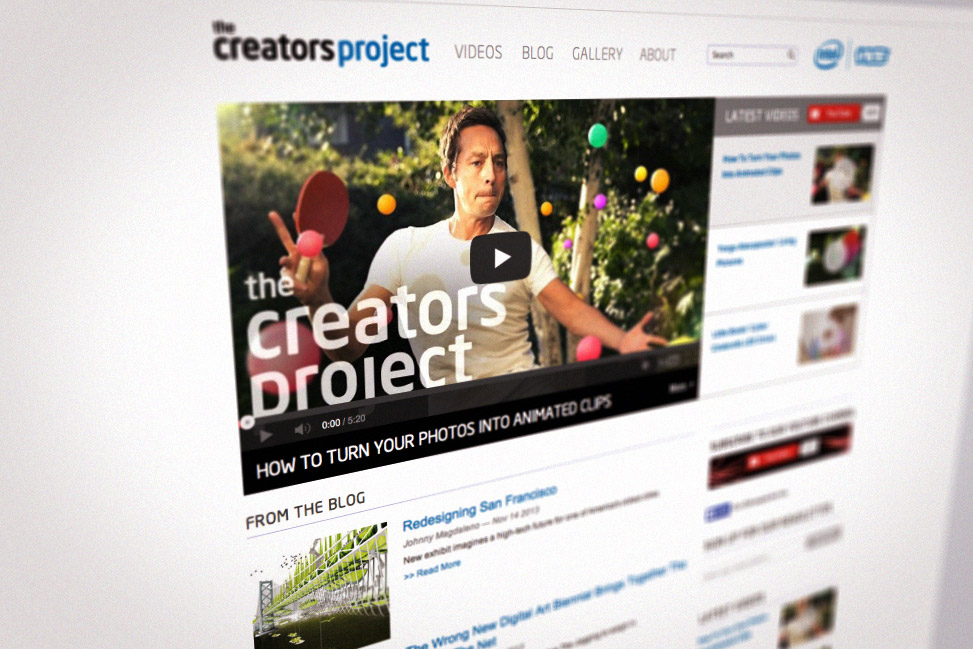